Episode three of Top Chef is filled with last minute surprises and twists, in addition to having the cheftestants cooking Thanksgiving dinner for the band Foo Fighters.

During the Quickfire Challenge, the cheftestants randomly choose a page from the Top Chef recipe book and have to get inspired by previous contestant’s dish.  After several minutes into the challenge, Padma tells them to S-T-O-P.  Surpise Twist #1 – the challenge is changed and the cheftestants must take their ingredients and make a soup.  The Quickfire is sponsored by Swanson after all.  Guest judge, and James Beard Foundation’s 2008 Best Chef, Grant Achatz, chooses Jamie’s chickpea soup, Danny’s ham and egg soup and Leah‘s white asparagus soup as the top three dishes.  Jamie’s over-confidence would annoy me, but it appears she’s very, very good.  Not good enough, because it is Leah, who doesn’t hide that she hates the flavor of white asparagus, wins the challenge.

As winner, Leah gets to pick her team for the Foo Fighters Thanksgiving Elimination Challenge.  The Elimination Challenge has Team Sexy Pants (Leah’s team) going up against Team Cougar.  Aside: there should have been more air time discussing how terrible these team names are.  Anyway, the teams arrive at the concert venue and Surprise Twist #2 – the Thanksgiving dinner is to be prepared using microwaves, toaster ovens and one burner.  Plus, they have to cook outside.  Surpise Twist #3 – it starts to rain.  My favorite line of the night comes from Fabio, of the “Euro Duo,” who says, ” I’m not going home because of rain in my tiramisu.”  It may have been the Italian accent that got me.

Team Cougar cooks the best turkey, and Team Sexy Pants fixes the best desserts.  It is a close one, but Team Cougar makes the most mistakes so they lose.  The Hair’s pumpkin parfait and Danny’s al dente potatoes are no good, but it is Richard who gets sent home because of his failed s’mores. The judges thought it looked liked someone spat on the s’mores.  Too bad for “Team Rainbow;” it looks like Jamie is on her own.

For the drink pairing – in a recent post, DC Foodies, suggested a few wines for Thanksgiving dinner.  Since a meal like Thanksgiving has so many different dishes, they think you should play towards the middle and keep 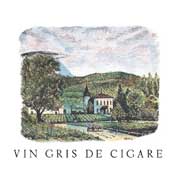 the reds light and the whites big.  I agree, which is also why I recommend a Rose.  It has all the refreshing qualities of a white wine mixed with some of the depth in a red.  One of my favorites is Bonny Doon’s Vin Gris de Cigare.  Bonny Doon has always been one of my favorite wineries.  It is a funky vineyard in California that uses esoteric techniques (one of the first to use synthesized corks, and then the screw cap).  It also happens to have cool, artistic labels.  Their wines are very affordable and available in many wine and grocery stores.  S&C recommends you give any of them a try.

This entry was posted in cocktails, wine and tagged top chef drink pairing. Bookmark the permalink.